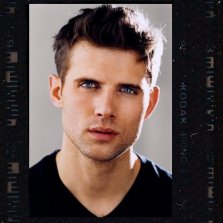 Kyle Dean Massey Joins the Broadway tour of PIPPIN straight from the Broadway production where he was in the title role. He jumped onto Stage Notes  to talk with host Robert Hammond about this extraordinary role, as well as his vast Broadway Career, including leading roles in Wicked,  Next to Normal, Xanadu, and Altar Boyz. (Bio below.)  Full interview with Kyle will air throughout the country in January.

Starring Kyle Dean Massey as Pippin, Lucie Arnaz as Berthe, John Rubinstein (the original Pippin in the Broadway production), and Sasha Allen from  The Voice, The National Broadway Tour of PIPPIN is on its way to your city.  Don’t miss it! 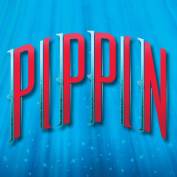 PIPPIN is Broadway’s high-flying, death-defying hit musical! Full of extraordinary acrobatics, wondrous magical feats and soaring songs from the composer of Wicked, PIPPIN will lift you up and leave you smiling. This unforgettable new production is the winner of four 2013 Tony Awards® including Best Musical Revival. Hailed as “an eye-popping, jaw-dropping extravaganza” (NY1), it’s unlike anything Broadway has ever seen! Come experience PIPPIN, one young man’s journey to be extraordinary.

Direct from an acclaimed run at Boston’s American Repertory Theater, this captivating new production is directed by Tony winner Diane Paulus (Hair and The Gershwin’s Porgy & Bess). It features sizzling choreography in the style of Bob Fosse and breathtaking acrobatics by Les 7 Doigts de la Main, the creative force behind the nationwide sensation Traces. PIPPIN is noted for many Broadway standards including “Corner of the Sky,” “Magic To Do,” “Glory,” “No Time at All,” “Morning Glow,” and “Love Song.” 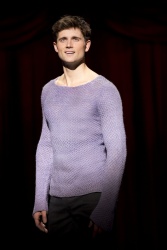 Kyle Dean Massey is an American actor best known for his work on Broadway in Pippin, Next to Normal, Wicked, Xanadu, and Altar Boyz.

Kyle Dean was raised in Jonesboro, Arkansas, a town 60 miles northwest of Memphis, TN. He started taking dance classes at age 6 after seeing his older sister perform in a local production of The Nutcracker. Although he spent almost all of his adolescent years singing in school choirs and studying the piano, it wasn’t until his sophomore year of high school that he did his first musical. He has now performed in over 60 productions.

In addition to his stage work, Kyle Dean has been seen on the screen in Up All Night (NBC), Hart of Dixie (CW), Cupid (ABC), Sex And the City 2 (HBO Films) and the upcoming film The Contest. He has also performed on Good Morning America, The CBS Early Show, Regis & Kelly & The 62nd Annual Tony Awards. While starring in Next to Normal, Kyle Dean was the star of his own popular web-blog series, Normal Life, on Broadway.com.