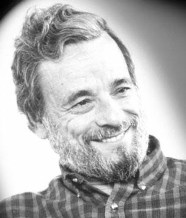 Some of his best-known works as composer and lyricist include A Funny Thing Happened on the Way to the Forum, Follies, A Little Night Music, Sweeney Todd: The Demon Barber of Fleet Street, Sunday in the Park with George, and Into the Woods. He wrote the lyrics for West Side Story and Gypsy.