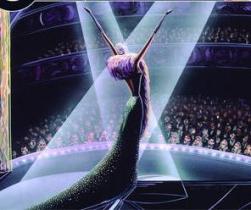 Historians of the Broadway musical, from the academy to the piano bar, agree on one thing: the archetypal Broadway star is a woman. Ethel Merman, Mary Martin, Gwen Verdon, Carol Channing—legendary ladies such as these were the bulbs that lit the Great White Way in its golden and silver ages, and they still dominate the mythology of the genre.  Back in the day, show-tune aficionados argued the merits of Merman versus Martin; today, one might find similar divisions among partisans of Patti LuPone and Bernadette Peters, or Kristin Chenoweth and Idina Menzel.